George Winckler, a lifelong multi-generation resident of Naperville, was a firefighter, businessman, community leader and father of five. But to the many residents who knew the burly fireman as “Wink” he was simply the man who would always lend a hand.

George began his career with the Naperville Fire Department in 1965 working as a volunteer out of the City’s lone fire station on Jefferson Street, in the building that now houses Lou Malnati’s Pizza. During the ensuing years he helped the department to grow to a full-time operation in five stations. At the same time he operated Winckler’s Service Station on Washington & Ogden for more than 31 years.

During his fire department career he mentored many, if not all, of the firemen on the department. He always had time for everyone no matter how busy he was and was always happy to help in any way he could. He was highly respected and never a bad word was heard about the man.

George has four sons and a daughter. His son Andrew proudly wears his father’s badge number on his own Naperville Fire Department uniform.

While on duty October 18, 1991, Lt. George Winckler suffered a fatal heart attack during a training exercise. This was a devastating loss to the men and women of the department. He remains in the hearts of all who knew him and is remembered as one of the nicest and most honorable persons to ever serve on the Naperville Fire Department.

The George Winckler Award is presented to those that through their actions best exemplify the integrity, honesty, dedication, kindness and the heart of George Winckler, the man. 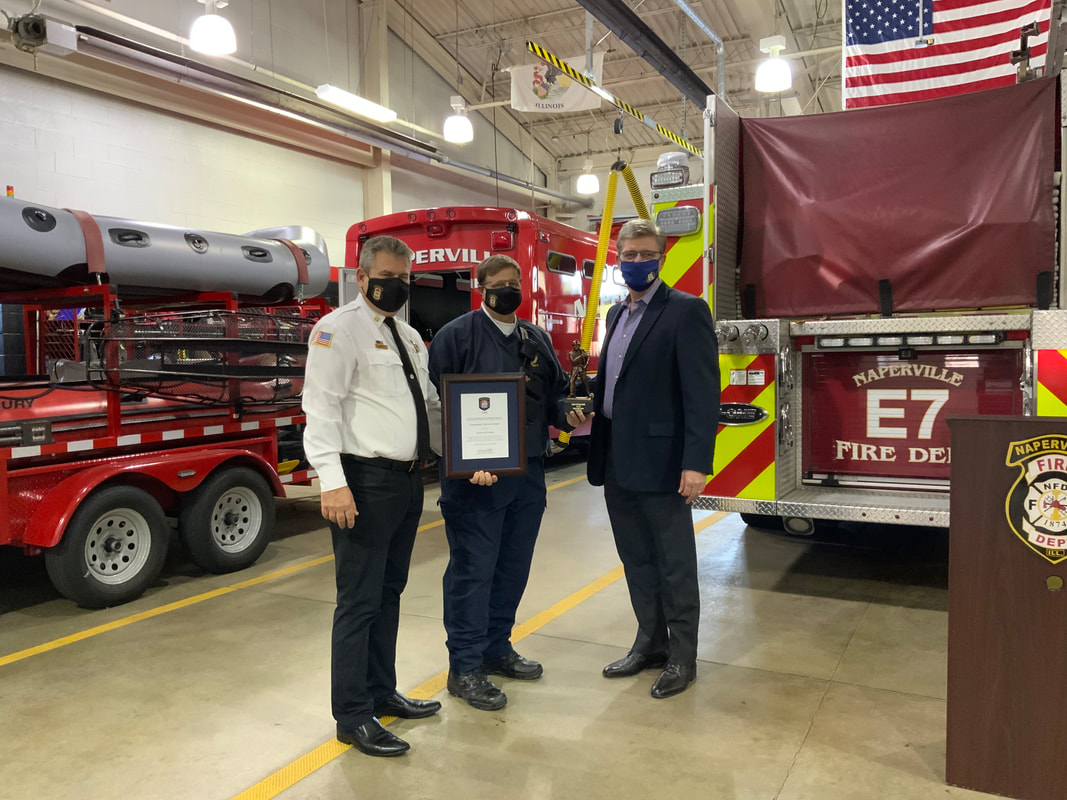